Both sides have staked their claim to Brooklyn, where Bernie Sanders was born and raised and where Hillary Clinton represented for 8 years in Congress. With tensions building, there's little doubt that Thursday's debate will be both contentious and include a lot of back and forth over who is the true New Yorker most deserving of NY's vote.

Thursday's debate won't be all fun and games for Navy Yard tenants; however, as CNN and NY1 host up to 3,000 attendees, plus additional secret service and required security, media and event staff personel. The Navy Yard sent out an email to tenants Tuesday afternoon with instructions that "the entire area around the [main nearby] entrance will be impassable and [that the] recommendation is to avoid this area all day".

Employees of Navy Yard tenants that typically drive to work, such as several members of OgoSport's team, are opting not to work from within the Navy Yard Thursday due to the debate.

OgoSport's bouncy disk has won numerous parents and kids choice awards, and has been featured in Smurf's the Movie, The Colbert Report, and the Today Show. The outdoor sportsdisk features a trampoline center, traditionally used by families to bounce balls and play games like Volleyball and tennis, and can also be customized with OgoSport's MOD printing service. 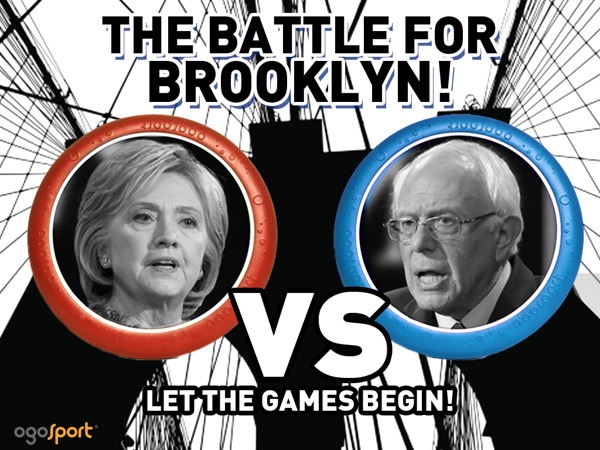