OgoBILD Animate Mobile is one of several new innovations launching in 2016 from an active-play toy company with a 10-year storied history of designing products with a mandate that considers play-value equal to salability. This philosophy has led to OgoSport becoming a perennial winner of many of the top parenting, kids choice, toy, and design awards for their creations, and has propelled the company's product line into over 1500 specialty toy stores throughout the United States and over 40 other countries.

Continued Mr. Williams: "When we launched OgoBILD Animate back in 2014, it was our first venture incorporating technology into our construction line. We were not sure how this higher price point educational activity would be received, but were thrilled that consumers saw the value as much as we did, so much so that we sold out of the desktop version before Christmas. With the new mobile version, families can use the camera on their phone or tablet rather than needing a webcam (like the one that shipped with the first edition), making this valuable learning tool available to a wider audience of future movie-makers at half the price!"

OgoBILD Animate Mobile will be available online and in stores March 31, 2016 with an MSRP of $35.

With the addition of the OgoBILD Animate, active and creative play toy company, OgoSport continues to promote open-ended play to stimulate a child's imagination in the making of animated movies. 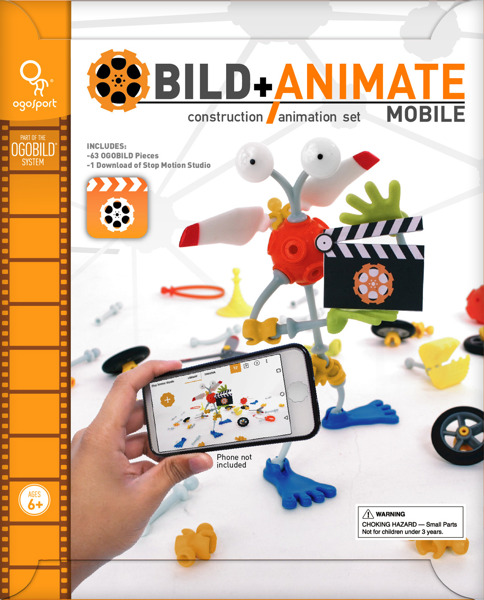