OgoSport's BILD + Animate gives kids ages 6+ the opportunity to explore the world of animation by creating their own stop-motion movies.

With the addition of the BILD + AnimateIt! Studio Kit to it's active and creative play toy line, OgoSport continues to promote open-ended play and stimulate a child's imagination in the making of animated movies.

In addition to growing a loyal following of consumers who share in the company's open play philosophy, OgoSport products have also won the attention of the toy industry with awards such as the Parents Choice Award, TillyWig Awards, Dr. Toy Award, Canadian Toy Testing Council, The National Parenting Center Award, and NAPPA Award. For more information, visit www.ogosport.com 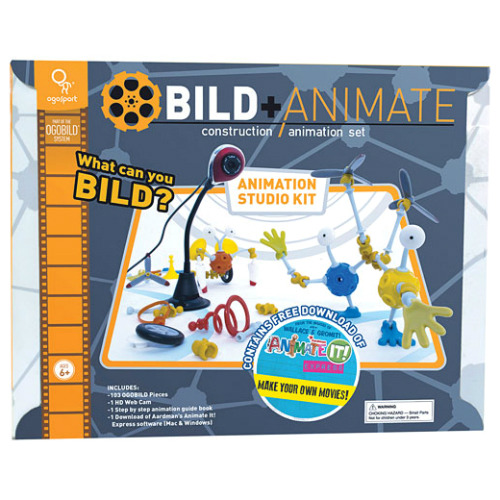